Go to all Courses 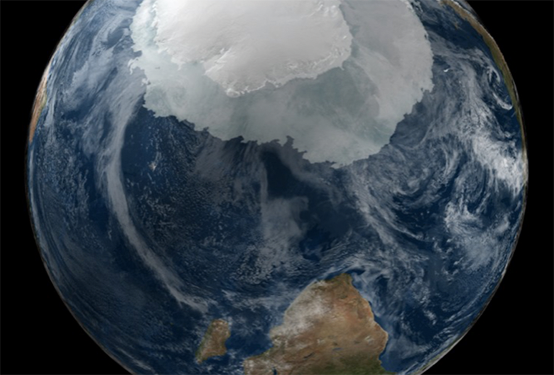 Dr. Colin Summerhayes is a marine geologist and oceanographer with expertise in the role of climate in forming marine sediments of different types, especially seabed resources of phosphate and oil and gas, and in interpreting the history of climate from sedimentary records. He was educated at University and Imperial Colleges, London, at Oxford, and at Victoria University, Wellington, NZ, then worked at the New Zealand Oceanographic Institute, at Imperial College London, at the University of Cape Town and at Woods Hole Oceanographic Institution. He then spent 12 years as a researcher in the oil and gas business, working first for Exxon and then for BP on new techniques for analysing basins and prospecting for oil rich source rocks, covering most of the world's oil and gas basins from northern Norway to the Falklands Plateau. From 1986-88 he was a Branch Manager in the Exploration Division of the BP Research Centre, Sunbury-on-Thames, responsible for specialist research staff in Aberdeen, Houston, Holland and the UK. Leaving the oil business, from 1988-95 he was Director of the Natural Environment Research Council's Institute of Oceanographic Sciences Deacon Laboratory, in Wormley, Surrey, managing some of the UK's major research programmes on the role of the oceans in climate change. Having steered the institute through a major restructuring, he moved it to become the core of the new Southampton (now National) Oceanography Centre, of which he became Deputy Director. Leaving the UK in 1997 he served UNESCO's Intergovernmental Oceanographic Commission, in Paris, as Director of the Global Ocean Observing System (or GOOS), which provides the ocean component of the UN's Global Climate Observing System (GCOS), which detects changes and trends in global climate and provides advice to the UN Framework Convention on Climate Change. Dr Summerhayes was a member of the GCOS Steering Committee. From 2004 - 2010 he was Executive Director of the International Council for Science's Scientific Committee on Antarctic Research (SCAR), based at the Scott Polar Research Institute of Cambridge University, where he is now an Emeritus Associate (from April 1, 2010).