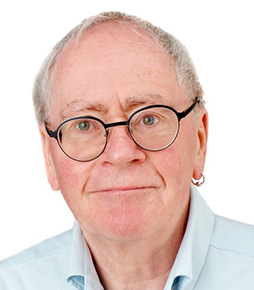 Much of Brian’s career has been focused on education; his first job was as a primary school teacher before spending ten years at UCL Institute of Education working at the National Centre for Adult Numeracy and Literacy. He also spent many years working in TV and video as a writer, producer and sound engineer, and recently retired from his role as Community Projects Officer at Walton Charity. His qualifications span the arts and sciences, having both a Physics degree and a Masters in Medieval History.

Brian was attracted to becoming a Trustee at The Guildford Institute as he is a great supporter of lifelong education. In fact, he completed his Masters at Birkbeck College as night study while working full time. He was also drawn to the Institute as it plays an important role as a community hub, with a variety of activities regularly filling the meeting rooms and people meeting at V Café. Brian feels it is vital that the Institute can continue with its offering to the local community and considers it a privilege to be involved with the organisation.

Having recently become Chairperson at The Guildford Institute (September 2020), Brian says how he is continually learning in new his role.

Brian’s favourite thing about being involved with the Institute are the people – the staff, other Trustees, V Café owners and Members who he says are a constant source of delight!